Blog - Latest News
You are here: Home1 / Watch the Labor Participation Rate, Not the Unemployment Rate 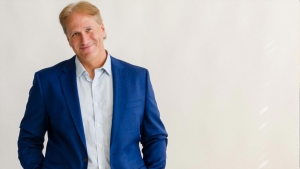 What the media and economists really should be looking at instead of the unemployment rate is the labor participation rate.  Americans not in the labor force exploded higher by 535,000 to a new all-time high at 91.8 million. Considering that most employees in manufacturing jobs are baby boomers, manufacturers should be on high alert.

As of December, the Labor Department reports that 62.8 percent of Americans had a job or were actively seeking work. That’s the lowest level since April 1978—almost 36 years ago. The number of people not in the labor force increased by 525,000 persons.

For those claiming the low labor participation rate is made up of only retired people, the website economicpopulist.org proved that false by analyzing labor participation rates by age. Bottom line: The dramatic increase of those not in the labor force is not due to baby boomers retiring. People are not finding jobs and dropping off of the unemployed radar map.

The research showed that the problem is only going to get worse, with retirements accounting for two-thirds of the decline of participation rate by 2020. In other words, the rate will keep declining, no matter how well the economy does.

The number of Americans working or actively seeking work has actually fallen faster than demographers had predicted, and the participation rate for workers between ages 16 and 54 fell sharply during the recession and still hasn’t recovered. Part of the reason for the latter may be that people are not entering the workforce at the same rate, in part because they are spending more time getting an education. My fear is that, by misreading the trends in labor force participation now, policymakers might feel a false sense of security about the state of American job creation. By ignoring the vanishing workforce for the last 10 years or so, policymakers underestimated the weakness of the American economy. We don’t know why almost 4 million workers vanished before the recession. Why would we assume that the 4 million who left after the recession will eventually return?

Barclays economists, meanwhile, say only 15 percent of the drop in the labor force stems from people who want a job and are of prime working age (25-54). “We view the possibility of a large and sudden return of previously discouraged job seekers to the labor force as remote,” they wrote. While I understand Barclays’ pessimism, I see a huge upside for private manufacturing employers.

Savvy employers can create mentor and training programs, regardless of the business they are in. I feel that there is an enormous opportunity for the private sector to capture the disengaged, discouraged workforce and find ways to infuse them with hope and opportunity at your place of business.

Manufacturers will need to take a strategic initiative approach and invest in marketing/PR programs to intrigue the disengaged job seeker, and then create a career path that shows them the financial and personal rewards of working in manufacturing.

Once people are infused with a brighter future, they will be the best recruiting force on the street for new employees. As the data shows, these people are being ignored by the government, creating an opportunity for private businesses to make a huge difference in the lives of these people, impacting both the business and the local community.